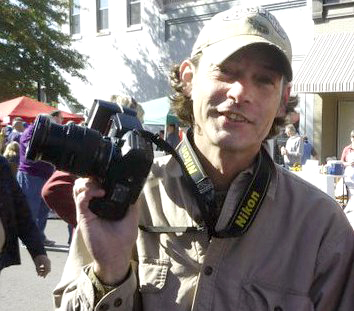 otojournalist for the Herald-Citizen newspaper, Kernea has covered countless stories with just his camera for years.  If it happened in Cookeville, chances are good Kernea photographed it.

Photography wasn’t always what Kernea imagined for a career, but the Jackson County High School/MTSU alumnus had what he calls “the moment” that helped him decide.

“I went from major to major at MTSU,” he admits.  “Then I took a photography class as an elective.  When I saw the print come up in the tray I was hooked.”  He changed his major to photography and graduated with the degree in 1993.

Kernea did some freelance work for advertising agencies then landed a job with the Putnam Morning Light newspaper.  After the paper stopped production, he got a call from the Herald-Citizen.  They had seen his work, liked it, and wanted to offer him a job.

“Before that I had no interest in photojournalism,”  Kernea says.  “I wanted to be Ansel Adams.  Then I fell in love with it.  It gets in your blood.”

Kernea is the first to admit photojournalism has its unique challenges. “I have a lot of time constraints,”  he explains.  “Sometimes I may only have five or ten minutes to get the s 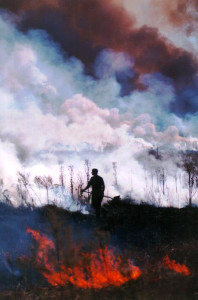 But get the shot he does, even with the challenges.  “When I walk into a room I have to work with what’s available.  I don’t have a chance to change lighting and I just try to shoot for the most accurate light and color.  I don’t know if the photo will run as a color or black and white in the paper when I take it.”

Kernea has to be aware of the subjects he photographs.  When shooting for a newspaper, that’s exactly what the photographer wants…news.  “I realize that if I’m on the scene photographing someone it’s most likely the worst day of their life,”  he says.  “And this is a small enough town that chances are I know the people in the photo. I really do struggle with that.  It can be a delicate situation and I try to be careful not to cross boundaries.”  He is careful to position himself so as not to be part of the situation. Still, Kernea has photographed many of the events that shaped Putnam County.  His photos show everything from elation to sorrow, and the raw emotion he captures tells the stories of people’s lives.

Kernea is happy to have a good relationship with local law enforcement and fire and rescue personnel.  “They want me there so people can see what they do, what they go through, but they won’t let me into a scene until it’s safe for me,”  Kernea says of photographing accident and fire scenes.  “They want me to tell their story.”  He has a good working relationship with emergency personnel and says they trust him to use discretion with what is shown in the newspaper.  Kernea wants his photos to explain what is happening while using as few words as possible.  He says, “I want the camera to speak for me.”

His camera has spoken loudly for the newspaper.  His photographs have garnered attention and awards from the Tennessee Press Association and have sometimes been picked up by the Associated Press.

Not every photo i 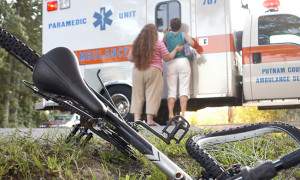 s a winner in Kernea’s book.  He says there are only about 35-40 photos a year that he really likes and confesses, “Sometimes the creativity just doesn’t come.”

It’s evident that Kernea cares deeply about the people and situations he photographs when he explains how he got the shot and what the people in the photos are going through-and how they feel about being photographed.  The stories are vastly different and, many times, surprising.

Kernea is a multi-award winning photojournalist and Fine Art photographer with over 20 years of experience in the field and has been published in such newspapers as The New York Times, Washington Post, Baltimore Sun, USA Today as well as nearly every other major newspaper across the country. His work has been featured in national publications such as American Profile and has graced several book jackets as well.