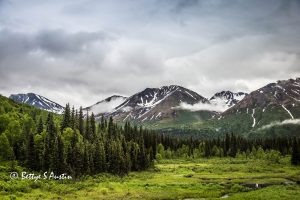 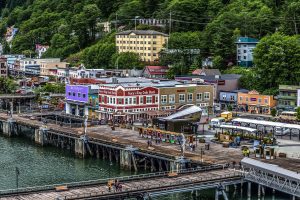 We began our tour from Juneau, the capital of Alaska, where cruises were seen picking up or dropping off tourists. On our train ride from Skagway in Alaska to Fraser in British Columbia, we saw unparalleled snow-capped mountains and lots of winding streams as the train was snaking through the rugged wilderness. 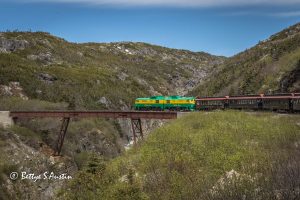 Next, we traveled to Whitehorse and Dawson City in Yukon Canada. We went through some small towns on our way to Fairbanks, Alaska, before we arrived at the most awesome park, the Denali National Park, in the United States. Although we did not get to see Denali Mountain, also known as Mount McKinley, because it was hidden in clouds on that particular day, we got to see a few snow-capped mountains in the park. The roads that snaked through these mountains were barely wide enough for one bus, but our bus ride was comfortable because the tour guides were in constant communication with each other. 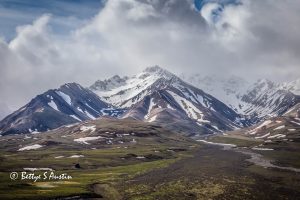 The last leg of our tour was a 3-hour train ride from Denali to Anchorage. Before we arrived at the largest city of Alaska which is also home to more than 41% of the state’s population, we rode by the small town where the TV series Northern Exposure was filmed.

Alaskans are proud of their home state. The abundance of its wildlife and beauty of its landscape are something everyone should see at least once in their life. If you have never been to Alaska, you should consider going. You will want to go back again and again.

The Cookeville Camera Club meets on the second Monday of every month at the First Presbyterian Church located at 20 North Dixie Avenue. You are welcome to join us at any of our meetings. We would like to have you as a member.