Do you ever wonder what happens when a nature photographer falls in the creek, or has an “accident” after drinking too much morning coffee and then needing to be on the mountain for sunrise?  Well, those odd things do happen, so I will tell you a couple of stories that have happened to me. 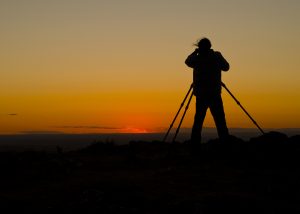 One year a group of people who had been friends for several years on the internet decided to have a “get-together” in this part of the country…one from Ohio, Virginia., Kentucky, Texas and Tennessee.  During the last day of our “meetup” we were shooting above now what I know is the roaring river at a small stream.  Tom, the fellow who joined us from Virginia, fell into the creek, getting most of his lower body wet, along with his shoes and socks.  We decided to stop our shooting.  We took him to Walmart and he bought a pair of flip flops which he had to wear home on the plane that afternoon.   He had extra clothing.  The only problem…can’t get into Wal-Mart without shoes.  We got some giggles out of that one (this was before 9/11).

On another shoot my friend Jo Ann and I were taking pictures at a smallish stream/waterfall near the Highway 111 going across the mountain to Chattanooga.  I slipped and fell into the water.  This necessitated a stop in a small town for some dry socks.  Cold feet and taking pictures all day just don’t go together. 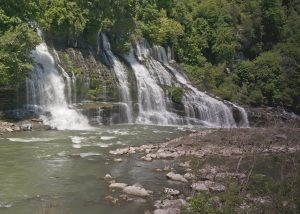 Saltwater (ocean water) and cameras simply do not mix well.  I have another friend who was standing on the edge of the black sand beach in Iceland when a rogue wave took him by surprise.  Not only did he end up with water in his boots, but the camera eventually had to be replaced also.  So, watch those water waves when at the beach!

So, the moral of the story is…keep a set of old clothes, including socks and shoes in your vehicle for similar emergencies!  For those “overactive bladders” that don’t age well (or even young people who slip and fall into the creek or river) it’s good to have an old blanket or towel in the truck of your vehicle to use in those types of emergencies! 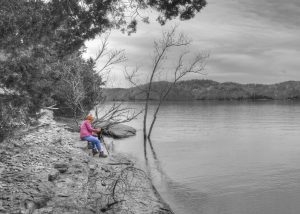