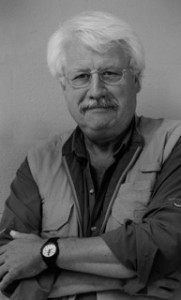 Jeff Roush has run a successful, high level, commercial photography studio in the United States since the early 1980’s. His company, Roush Studios, has a client list and customer base reads like a “who’s-who” in advertising. It can be viewed on his commercial website. Many large corporations and notable advertising agencies throughout the US have utilized his services over the years. Chances are you have seen his work somewhere but haven’t realized it. His talents took him from his early years in Toledo, Oh. in the 1980’s to Los Angeles, CA. and Phoenix, AZ in the 1990’s, where he spent 10 years in some of the most competitive photography arenas that exist in the world.

During this 25 year stint along with operating his studio Jeff has also taught photography. He held classes in his studios in Toledo, Los Angeles, Phoenix, and now in West Tennessee where he presently resides. His love for teaching and watching young photographers develop their skills became a larger and larger part of his day to day business as the years past. His educational programs grew, and spread to a few colleges through the years as people heard of his photography programs, workshops, and classes. He now enjoys regular positions with Lambuth University, Jackson State Community College, and Dyersburg State Community College. His teachings, courses, workshops, and classes now run a parallel track alongside his studio operations and work, keeping him very busy. The Online Photography Program he developed in the early 1990’s regularly enrolls 30-50 students, each one of them enjoying his “one on one” teaching style.

Contributing to his success has been his ability to truly understand the craft of photography and apply it to every photographic challenge that arises. Jeff manages and presents educational programs to student photographers in a way that make sense, and in a manner that promotes the learning process and experience.