1.  A slideshow of all the “Open Theme” contest entries will be shown.  Following the slideshow, all the the “placing” images will be revealed  (1st, 2nd, and 3rd places in each competition division, Novice, Regular, and Mast; 1st, 2nd, 3rd places according to the members’ chosen favorites).

2.  “Iceland in February” presented by Wanda Krack and Gary Moore

Iceland is a land of beauty in February.   While rain falls in along the coast, fresh snow covers the mountains and gl 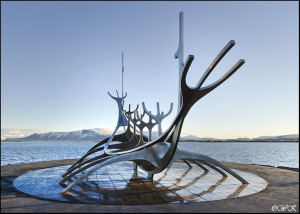 aciers, creating the look of a winter wonderland.  Wild horses roam parts of the countryside.  These horses are a little larger than our ponies, have longer hair, and are relatively tame.  They also have pretty, long eyelashes and what looks like smiles on their faces.  There is a black sand beach where the ocean retrieves icebergs that have taken many, many years to pass through the cycle of snow, ice and back to the ocean.  Iceland has a few caves discovered beneath the glaciers that are large enough to walk comfortably within and explore.  Also, the Icelandic people are friendly, and their language sounds a bit musical to me.

Fellow Cookeville camera club member Gary Moore and I recently attended a 7 day photographic workshop given by Johnathan Esper.  We, and 4 other participants, (all of us from parts of the U.S.)  traveled in a four wheel drive van through parts of southern and southeastern Iceland, along the coast,  taking many photographs.  The experience was thrilling, beautiful, and I returned home feeling like I could sleep for a week!   We were ou 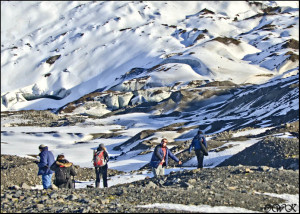 t taking pictures at sunrise, sometimes did not stop until after sunset, and three nights were out taking pictures of the northern lights until near or after midnight.  I will share a few of those pictures with you.

A few facts I gleaned while there include:  Iceland has no natural trees, so any tree seen has been planted or came from other trees that were planted.  The wild horses are free to roam any place on the large island, but people do put hay out for them (in places) in the wintertime.  There are many places that have the geothermal pools (by the way, they are delightful to relax in after a day spent outside), and they serve good, tasty food in the restaurants.  Iceland has its own currency, and the only places you can exchange American $$ for their bills and coins are at a bank or ATM machine.  Their houses are modern, and the hotels are clean and comfortable, but not luxurious.  I did notice many of the cars are small, and the town of Reykjavik is colorful and compact.  The air temperatures are moderated somewhat by air currents and by being so close 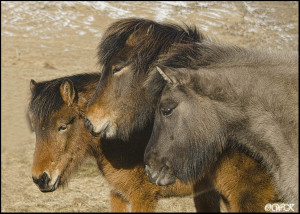 to the ocean, but when the wind blows is the time to find shelter.  My guess would be the temps. during the week I was there ranged from 18 to 40 degrees, depending on sun and wind.

I would recommend a trip to Iceland in the winter for anyone who doesn’t mind a possible delay in plans due to strong winds, or anyone who doesn’t mind dressing in layers and down and possibly insulated boots, and for anyone who is willing to take pictures at night (along with other unknown photographers, all with tripods pointed at the sky) of the magical northern lights (aurora borealis).   During the summers, the northern lights are hidden by the ‘midnight sun’, but during the winters, the aurora borealis give a show that would rival any fireworks!